Since 2014, Peliti has been supporting war zones in Syria Palestine etc, by sending parcels with traditional seeds.

While looking at the images from Beirut, we were informed that the blast destroyed the storage silos in Lebanon, with  wheat and the other foodstuffs,  mainly imported.. Stocks are now sufficient for one month.

We appeal to growers of traditional varieties, if they have stocks of seeds and can send them to Peliti, to do so, in order for them to be sent to Beirut.

You can send your seeds to the city of Drama in Northern Greece with the Speedex courier (fee paid by Peliti.-parcel to be collected by Peliti from the Drama  courier office).

A video from the Gardens of  Hope in Syria, supported by Peliti through a contribution of  seeds. 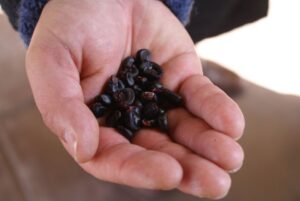