on the occasion of We would like to send you a message of love and solidarity. We are also guardians of these Common Goods and we have come together here at the land of Peliti in Greece. We are women and men from many areas of the planet with different religious beliefs, different languages and traditions, feeling that we have common goals.

We believe that we are hosted on this planet and we feel deeply related to the other forms of life such as plants and animals.

We would like to tell you that we have pledged to protect Common Goods and that we will not obey laws which have been promoted by companies in order to increase their profits at the expense of our freedom and of democracy on the planet.

We would like to emphasize that there are many of us on the planet and that we join our hands and our hearts. We work with love for the other human beings, the soil and the plants. We will fight together in order to change the laws that restrict traditional seeds and farmers’ rights in order to erase the current injustices which are harming the values that we stand for.

We dream of a world full of love, co-operation, solidarity and joy, for us and for our children. Every single day we do our best through our thoughts and actions towards this goal, in order to transform this vision into reality. Let’s not forget that not long ago, many of the most common products of the technological and cultural efforts of mankind as well as its highest spiritual achievements such as for example the freedom of speech and the freedom of expression, existed only at the realm of dreams.

Despite that, some people believed in these dreams and they worked towards their realization with patience and perseverance. Accordingly, we do know that a world of love, solidarity and co-operation with parallel acceptance of the differences between people is possible.

“From hand to hand and from heart to heart”

We join our hands and our hearts in a single embrace so as not to lose tomorrow what we have today. 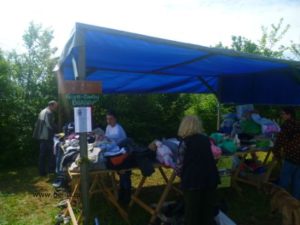 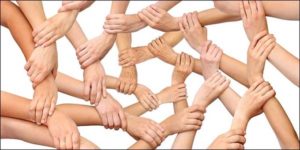