PELITI is a Greek Non Profit Organization,was founded in 1995 in a small village in Greece, for the protection and dissemination of Traditional Seeds, otherwise known as Local Varieties. These are freely reproducible Common Goods belonging to the Public Domain.

PELITI’s (www.peliti.gr) main actions include seed collection and distribution, a seed bank with 4000 accessions, annual seed festivals – local and national – publishing of relevant books and guides, providing  environmental education for school children and for communities, action for a just  legal framework on seed marketing through co-operation with other European organizations.

PELITI is based in the Messochori town of Paranesti in northern Greece.  It was founded in 1995 by Panagiotis Sainatoudis.  There are now (2020) lively local chapters in various geographical areas of Greece, one in Bulgaria and one in U. S,  which disseminate knowledge about saving seeds as well as the seeds themselves.  Also organizes events in Turkey and Cyprus to preserve traditional seeds.

In parallel, there is a network   of more than 200 seed guardians throughout the country who protect the purity of specific varieties. All seeds are distributed for free. The publications are sold and this income, along with the donations, supports the basic expenses of PELITI. All the people that work at Peliti are volunteers.

We  at  PELITI take the view that we must assume responsibility for what is happening at the personal and global levels.  It is a vital imperative that our vision of the world shape developments. Accordingly, each one of us must contribute to the solution in whatever way we can. It is our responsibility to focus on positive action. When we do this, everything improves: it is like magic. During the numerous environmental education events, we explain that everybody has the capacity to use their knives and forks as levers for the achievement of a better model of agriculture and an improved state of the planet.

The Olympic Seed Festival was born after Peliti’s suggestion at the People’s Assembly for the Future of our Food and Planet alongside the Monsanto Tribunal in The Hague, on 14-16 October 2016.

The Olympic Seed Festival was organized by Peliti, under the support of Navdanya and the Seed Freedom Movement, and was held in Peliti on 2017, 2018 and 2019, with the participation of people, movements and organizations from all over the world.

With this letter we would like to invite you to the 4rd Olympic Seed Festival and the 20th Peliti Seed Festival which will take place on the land of Peliti in Mesochori Paranestion, Greece, from 22 to 25 of April 2020

The Declaration of the Olympic Seed Festival

The message of MANU CHAO Seeds of freedom LIVE FOR peliti

Message from the Guarani about the Peliti and the sacred seeds

We need your financial help to make the Olympic Seeds Festival 2020 better organized. We are honored to build a seed building. The total cost of building the building will be 100,000 Euros. Any help with construction is welcome.

If you want to support financially the Peliti & Olympic Seed Festival you can send your donation to:

We would be glad if you could come to Peliti and share with us your fights for the freedom of seeds, food, Earth and water.

Peliti can cover your, food and accommodation for the day of the festival.

If it’s not easy to come you can send us a video-message.

A big hug from Peliti. 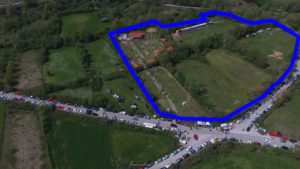 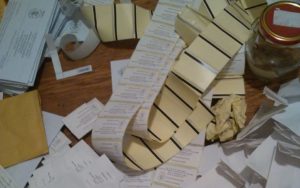 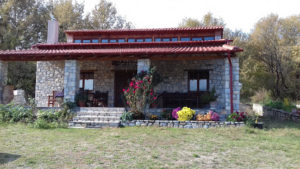